There was developed couple of the biophoton treatment instruments.

The Chiren® is the latest and most sophisticated instrument developed by Johan Boswinkel for assessment and treatment with biophotons. It uses fiber-optic technology to conduct biophotons to and from the body.

With the biofeedback system of the Chiren® the quality of the light in the body is continually improved. A visual display allows patients to see the immediate effects during treatment and adjust their state of relaxation at the same time.

Because of the millions of treatment cycles, that correct biophoton-coherence, per second, there is no risk of misdiagnosis or ill effects. The body takes only the signal that it needs to restore its health.

The basic principle of the Chiren®

In the 1970s, pioneering German physicist Fritz-Albert Popp developed a method to observe biophotons and began systematic experiments on a fundamental level, which inspired Boswinkel’s research on the practical applications of this discovery beginning in the 1980s. 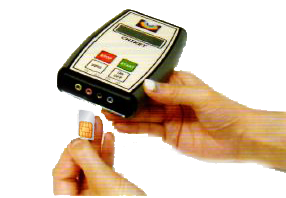 The Chikey® limited edition- is a smaller biophoton device that has specifically been created for animals and agriculture. It has the same functionality of filtering and amplifying biophoton emission as the larger instruments.

This pocket-size instrument is ideal as a preventative tool for animals and plants; that restores biophoton-coherence. Another use is a quality enhancement of food and drink.